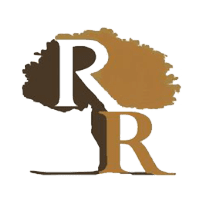 The Centers for Disease Control and Prevention reported approximately 30,000 cases of Lyme disease each year. Julio Ramos, MD, FACR, FACP, and Tracy Sokoloski, CRNP, at Ramos Rheumatology, PC in Avoca, Pennsylvania, practice and make their homes in an area known for tick activity and understand the importance of early testing and treatment for Lyme disease. Call Ramos Rheumatology to schedule an appointment today.

What is Lyme disease?

Lyme disease is a bacterial infection caused by disease-carrying ticks that transmit it to people. You can get infected without realizing it because the bacteria are often carried by tiny immature ticks that are hard to see or feel.

Early symptoms often resemble the flu or general fatigue, so you may not connect the symptoms with a tick bite. About 70-80% of those infected with the bacteria develop a rash, which begins at the bite, then gradually expands. It may develop a bulls-eye appearance, but it can also look like an ordinary rash.

If the infection is left untreated, it spreads and causes symptoms like joint, muscle, and bone pain. In severe cases, Lyme disease leads to nerve pain, an irregular heartbeat, and brain inflammation. Schedule an appointment with the team at Ramos Rheumatology if you have any Lyme disease symptoms to ensure they catch it at an early stage.

How is Lyme disease treated?

Lyme disease is treatable and can be cured in most people, but it’s vital to begin treatment with oral antibiotics as early as possible. Dr. Ramos and Ms. Sokoloski may prescribe doxycycline, amoxicillin, cefuroxime, or another antibiotic to cure the infection.

They may also recommend supportive therapies that help your body fight the infection and heal more quickly, like intravenous (IV) nutrition therapy to boost your body’s natural healing ability and high doses of vitamin C.

Treatment is the same if Lyme disease spreads to other parts of your body. Most of the problems caused by Lyme disease, including arthritis, are cured with comprehensive treatment.

How can I prevent Lyme disease?

Ticks carrying Lyme disease are found in many areas of the United States and thrive in high grass and wooded areas with leaf litter. The hot spots include places commonly associated with the disease, such as here in Pennsylvania, New England, New York, and eastern Ohio, as well as areas you may not expect, like California, Wisconsin, Minnesota, and Florida.

You can protect yourself from ticks with long clothing and repellents. After you get home, take a bath or shower to remove loose ticks then check your body for any that might be attached. Use tweezers to grasp the tick close to the skin, gently pull it out, and clean the area.

In most people, the tick must be attached for 36-48 hours before the bacteria is transmitted, so it’s important to find and remove them during that window.

If you suspect you’ve been bitten by a tick, need help removing the tick, or are concerned you have Lyme disease, call Ramos Rheumatology today for early detection and treatment.